The following M.F.A. candidates will be showing their works in this year’s exhibition:
• Kerri Gaudelli, a Danbury native who earned her Bachelor of Fine Arts (B.F.A.) at the University of Connecticut, has exhibited her work in Italy, at several U.S. galleries and at the Katonah Museum of Art in Westchester County, New York. Her works are often layered and executed in a reduced palette on paper, using the scientific method of two-point perspective to explore human perceptions of space and humanity’s place in the universe.

• Kanika Khurana completed her undergraduate education in her native India before embarking on graduate studies in 2013 at Western and the School of Visual Art in New York. Her mixed-media works in illustration use traditional drawing materials complemented by digital design techniques. Khurana’s continuing series of works titled “Metta” (“Loving-Kindness”) portrays acts of generosity that she has experienced during her transition to life in America, accompanied by descriptions of the persons documented in these paintings. “Since beauty arouses joy, art can bring spiritual enchantment,” she said.

• Stacey Kolbig, of New Fairfield, earned her bachelor’s degree at Western and has exhibited at several Connecticut galleries as well as the Katonah Museum of Art. Her recent works are site-specific installations with projected drawings. She has transformed two-dimensional works on paper into three-dimensional organic forms using means such as rectangular metal projections from wall space and strings turned into drawing tools to create linear tension. Kolbig said she seeks through her work to “repurpose the terms of painting through sculptural form.”

• Colleen McGuire, a native of Canada who now resides in Sharon, received her B.F.A. at SUNY Purchase and has exhibited her works at galleries in New York and Connecticut. Her paintings draw from her careful observation of commonplace settings such as domestic interiors to capture a unique sense of time and place. Gallery notes for the exhibition observed that McGuire’s paintings “possess an atmosphere that is palpable and emotionally felt, without being overly sentimental. Through the exploration of color and light, she infuses her work with a familiarity and quietude that implies a human element, reminiscent of Edward Hopper’s interiors.”

• Jill Harrington Nichols, of Shelton, received her bachelor’s degree from the University of Colorado and has exhibited at numerous juried shows including an exhibition at the Westport Art Center. Her works are inspired by lifelong experience and appreciation of the natural world, and cover the gamut from small seascapes to large constructed paintings. Her works seek to reveal the transitory nature of life and the familiar wonders found in ordinary daily encounters.

• Peri Pfenninger, of Stratford, earned her B.F.A. at the New York Institute of Technology and has exhibited widely in New York and California, where she previously resided. Pfenninger’s artistic work in California included a substantial number of commissioned public murals. Her “Willow Tree” series of works, inspired by the experience of her mother’s recent illness and death, includes oil paintings, monotypes and charcoal drawings of trees and the natural world, many of which were created on site at the Westside campus.

• Abbie Rabinowitz, of Bethany, received her B.F.A. from SUNY Purchase and returned recently to her native Connecticut after residing for more than three decades and participating in numerous art shows in northern California. The works featured in the M.F.A. exhibition draw from her experience in caring for her elderly parents, employing figurative painting to express the human connection and tenderness of her parents’ relationship with each other.

• Corinne Speidel, of Newtown, recently exhibited in a juried show at Blue Mountain Gallery in New York. Her works include paintings in oil, charcoal and sand on canvas as well as creations from handmade paper, composed of plant fibers, that have been inspired by rock patterns, cracks, crevices and other features observed in the natural landscape. Speidel’s artistic vision has been influenced by a close connection with nature rooted in her experience as an educator in wilderness regions of Australia, Alaska and Montana.
For more information, contact M.F.A. Coordinator Darby Cardonsky at (203) 837-8881 or the Office of University Relations at (203) 837-8486.
Posted by ArtNews at 7:33 AM No comments:

call for Artists - the Gallery at Still River Editions

Public opening reception will be held in conjunction with the
State of Connecticut’s Open House Day
Saturday, June 13 from 12 noon - 5 pm.

Subject matter is OPEN (landscapes, portraits, still life, etc.), keeping in mind the exhibit is meant to be seen by people of all ages.  If your photo is rejected for any reason (at our discretion), your fee will be refunded.
Photos will be accepted on a first-come, first-served basis until we reach 150 photos, so please submit early. Entries may be made online via our website, email, or in person.
Posted by ArtNews at 12:01 PM No comments: 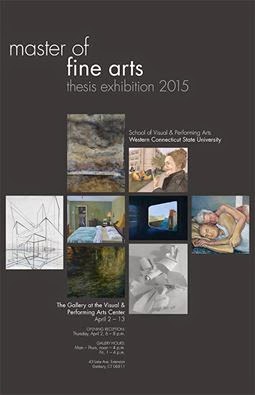 All are welcome to join us in the celebration of our MFA students culminating achievements at their
Opening Reception on Thursday, April 2, 6:00-8:00pm
In the Gallery at the Visual & Performing Arts Center
Located at 43 Lake Ave Extension, Danbury, CT
Posted by ArtNews at 6:50 AM No comments:

Pamela Hochstetter is conducting a series of workshops, "Build your Creative Courage"  beginning April 30 at 287 Gallery & Meeting Place.
Artists, business and creative professionals, designers, writers, and those who wish to trust their intuition and build on their successes are invited to participate in a 4-week workshop, Build Your Creative Courage, beginning Thursday, April 30th and running every Thursday evening, 7:00pm to 9:00pm, through May 21st. Continuing the Cultural Alliance's efforts to serve its broadening community, the workshop will take place @287 Gallery & Meeting Place, the home of the Cultural Alliance of Western Connecticut, 287 Main Street, Danbury.

Facilitated by painter and sculptor, Pamela Hochstetter, she has been leading individuals and groups in expressive arts methods for 14 years. If you're ready to shake things up in a creative and supportive way, this workshop is a must-do. Build Your Creative Courage will feature a variety of low-impact art exercises for which all materials are provided, some ungraded writing assignments which only you will read, and more than a bit of friendly conversation. The Cultural Alliance is providing light refreshments. Pamela holds a Master of Divinity from Yale University and a BS in Art & Education, summa cum laude, from Western Connecticut State University. To view Pamela's artwork and learn more about her, go to www.pamelahochstetter.com

A fee of $150 covers all four sessions and  pre-paid registration is required. Participation is limited. To acquire your seat at this "blueprint" for achieving inner-freedom, self-confidence, and ease, visit eventbrite at http://bit.ly/1F8ee8l or before April 27th, make check payable and mail to: CAWC, 287 Main Street, Danbury, CT 06810. For more information, call (203) 798 0760.
Posted by ArtNews at 9:49 AM No comments:

follow link for application guidelines
Posted by ArtNews at 6:43 AM No comments:

A reminder about our Call for Entries for our National Juried Exhibition entitled Art of Painting.

Check out our website for more information and to submit your work: http://www.washingtonartassociation.org/…/artofpainting201…/

Ival writes, "I will be offering painting workshops in Stowe, Vermont, during "Stowe Days of Hope" May 1- 3, 2015. Each year I instruct two painting sessions - usually at Trapp Family Lodge, a free conference for cancer survivors across the US.


I love this event - and please share the weekend with anyone you may know who might feel like coming to Vermont. It's a very positive experience - loads of good activities and informative workshops on every type of cancer.
I'll be celebrating 20 years cancer free - this March actually - and so it's one way many of us can give back after all the kind support we've received from others while we were experiencing treatment and survivorship."
Posted by ArtNews at 12:27 PM No comments:

Missy writes, " My book is published! Ok everyone, I was trying to be patient, but I can't. My book is now for sale on AMAZON! You can get the paperback copy with black and white pictures or the digital copy for your Kindle or ipad app with color illustrations." 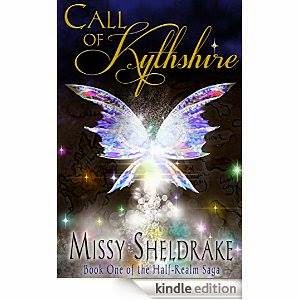 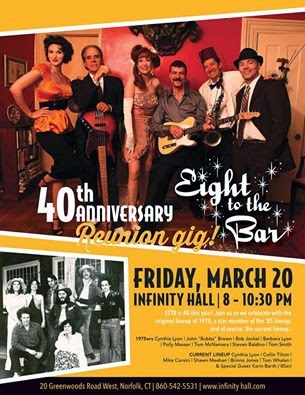 This Friday Cynthia, Polly, and Barbara will be performing as part of the original Eight to the Bar lineup of 1975! ETTB is celebrating their 40th anniversary and both the 1975ers and the current lineup will be performing this Friday, March 20 at Infinity Hall, Norfolk, CT from 8-10:30. The show will be filmed with a multicamera crew and there'll be both a wooden dance floor area and concert seating as well as a fabulous bistro where you can have dinner! www.infinityhall.com

Drawing its musical influences from American roots music - swing, boogie woogie, rhythm & blues, soul, Motown, - Eight to the Bar is known for its outstanding instrumentalists and sophisticated musical and vocal arrangements, highlighted by female vocals.
Posted by ArtNews at 11:46 AM No comments:

Darren Litzie '09, a professor at Sacred Heart University, and as part of the Sacred Heart University Academic Music Program Faculty Concert Series, is in "The Art of the Piano Trio" with Prof. Cattey and Chris DeAngelis '04 on bass. They are performing original compositions and jazz favorites from the Great American Songbook on Mar. 18 at 7 p.m. The concert is free and open to the public. SHU, 5151 Park Av., Fairfield CT.
Posted by ArtNews at 10:24 AM No comments:

Kate Kovacs Luurtsema '05 was a first time Stage Manager on Mar. 14, 2015 at Thomaston Opera House for the production of Arsenic & Old Lace. 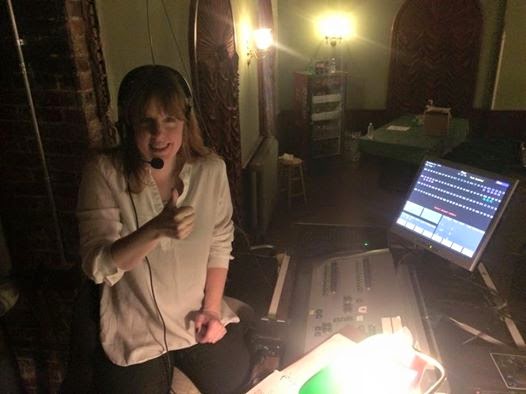 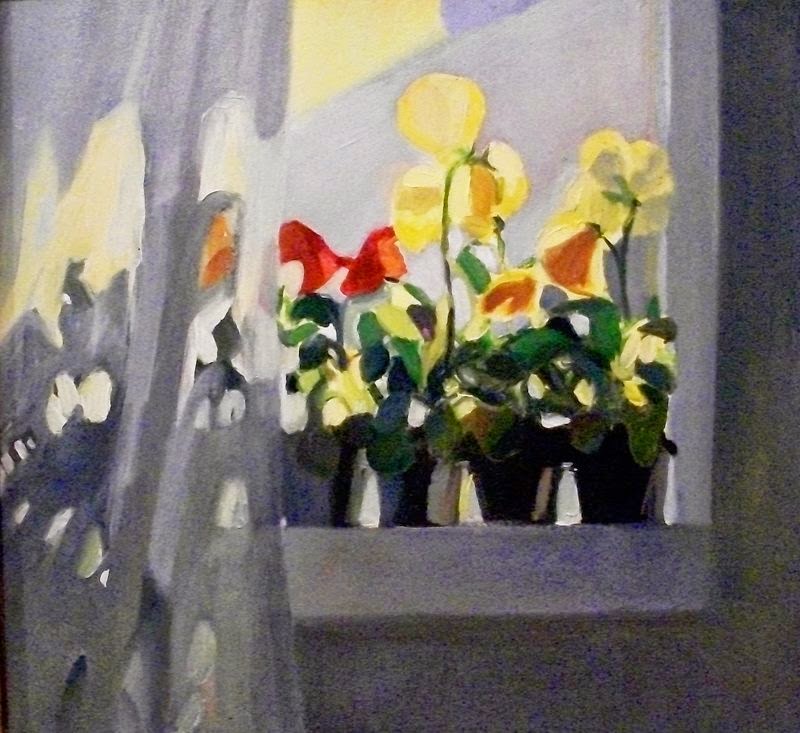 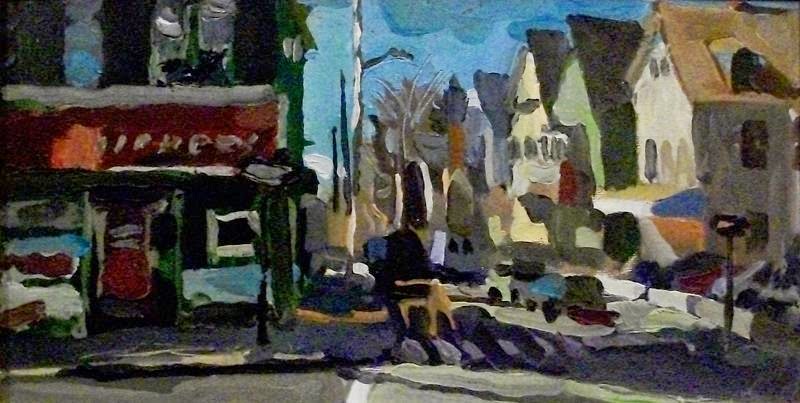 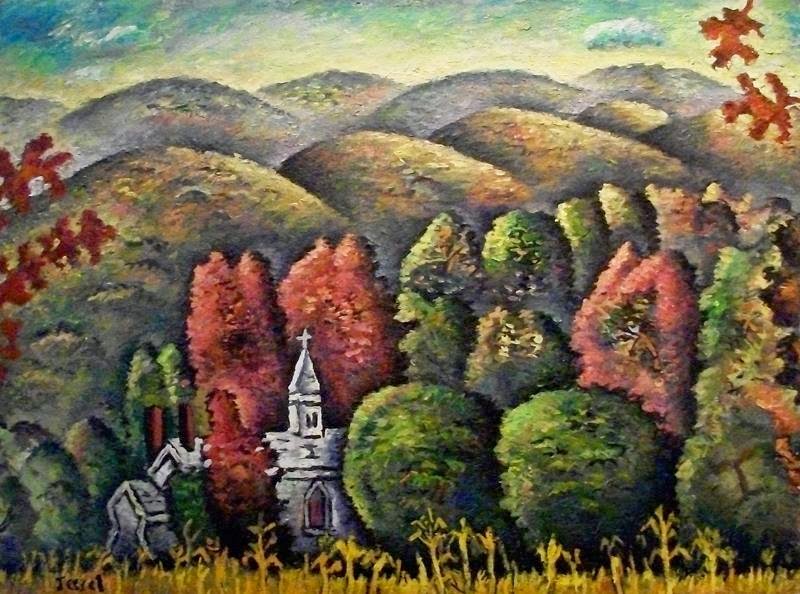 “Wow! Lots of energy; luscious!”
“The way the artists have captured the light is stunning!”
...

“The brushwork is exquisite.”
Come and see for yourself!
Landscapes by Day, Jessel, and Reilly: through April 4th. Gallery Hours: Tuesday through Saturday, 10am – 5pm.
Posted by ArtNews at 6:05 AM No comments:

and
So excited to open the recent issue of Pastel Journal. My portrait, "The Bride," took 2nd Place in the Portrait/Figure Category. 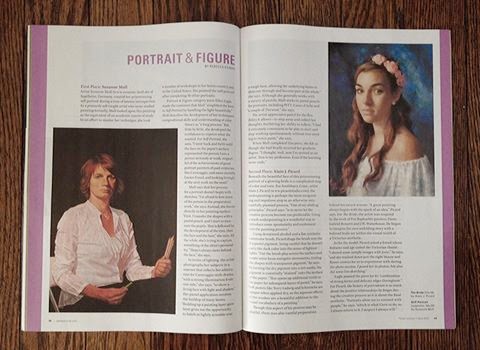 Posted by ArtNews at 9:55 AM No comments: 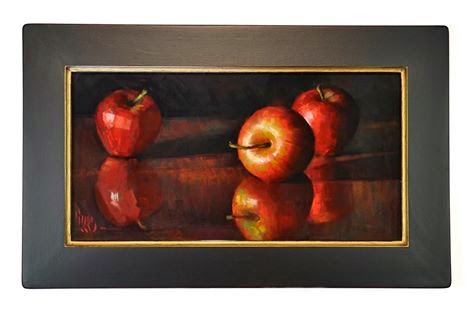 Posted by ArtNews at 6:57 AM No comments: 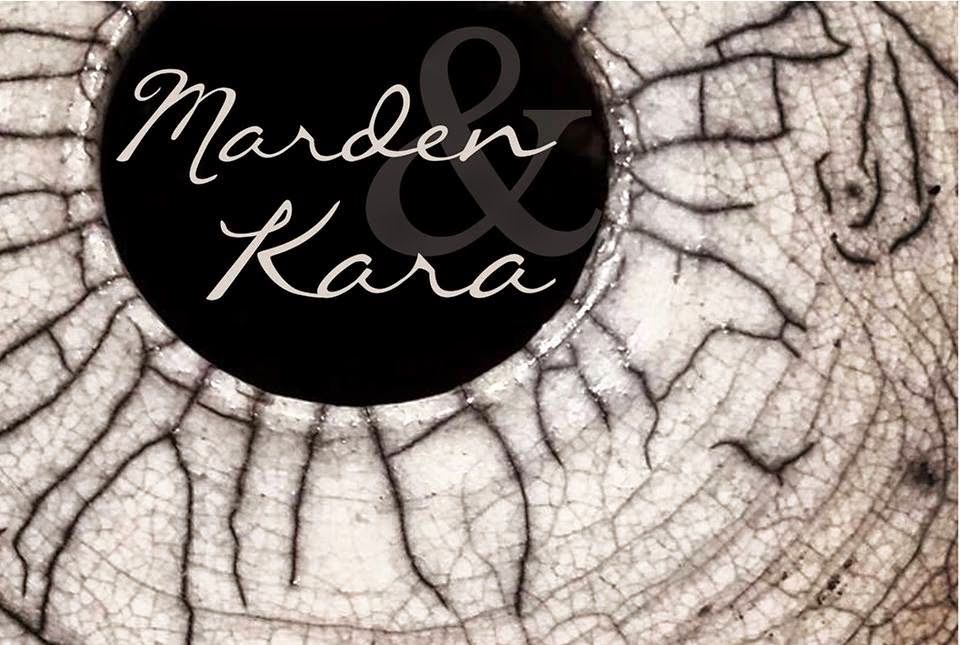 Posted by ArtNews at 6:52 AM No comments:

Receiving for the first member show of the year is this Saturday, 3/7 from 10am - 2pm. Artists may become members at receiving.
Meet the artists at the awards reception Saturday, 3/14 from 2 - 4 pm. The show runs from Sunday, 3/8 through 4/12.
Prospectus available online. http://www.kentart.org/shows.html#mem1
Posted by ArtNews at 5:41 AM No comments:

Posted by ArtNews at 2:53 PM No comments:

Trailer Box Gallery
The Trailer Box Season is soon to begin - Dinosaurs, painting and sculpture, photography, graffiti productions, a story telling masked lady, music, a random fire, the list is long, It all Starts April 18
Posted by ArtNews at 10:25 AM No comments:

Call for submissions from the Gallery at Still River Editions (deadline May 1, 2015) for "Mobile Pics CT 2015", a Connecticut-themed cellphone photo show. Open to 150 photographs--please enter early so you don't get shut out!
Posted by ArtNews at 10:17 AM No comments: