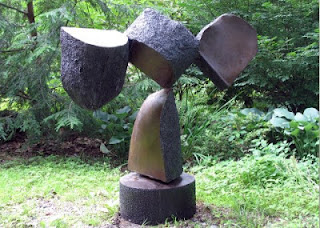 Skora Sculptures posted, "Meteor is going on a road trip! Just accepted to show at University of South Dakota for two years!"

Posted by ArtNews at 8:55 AM No comments:


I am artist, designer and instructor Nancy White Cassidy, and I would like to introduce you to my gallery: The Cassidy Gallery At Jackson Village, located at The Snowflake Inn, next door to White Mountain Photo Gallery in beautiful Jackson, NH.

The Gallery offers a wide range of both fine art and fine craft by over a dozen artists from the Mt. Washington Valley and Connecticut. Oil, pastels, watercolor....fused glass, hand-dyed scarves, jewelry, artistic topiaries and turned wood are all part of our offerings in a variety of price points.

You are invited to our Grand Opening 'meet the artists' reception this Friday, December 28th from 4 - 6pm. I look forward to meeting you!

Posted by ArtNews at 8:55 AM No comments: 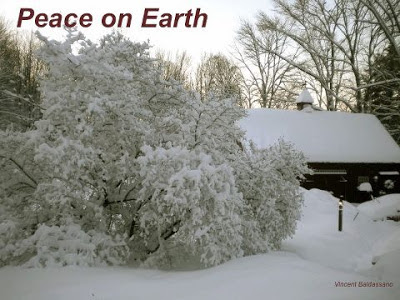 Posted by ArtNews at 8:56 AM No comments:

Tiffany writes, "I am selling this piece with the frame, with 50% of the proceeds going to a fund in memory of Ana Marquez-Greene, one of the victims of the Sandy Hook Tragedy. If interested, IM me."

http://www.facebook.com/tiffany.johnsonart?ref=ts&fref=ts
Posted by ArtNews at 7:22 AM No comments:

Dan writes, "As many of you know by now our friend and colleague, Jimmy Greene, lost his beautiful daughter, Ana Grace Marquez-Greene, last week in the horrible tragedy at Sandy Hook Elementary School. The response, and offers of assistance, compassion ...
and love toward Jimmy and his family have been overwhelming. In the wake of the unthinkable loss of his daughter, Mr. Greene has requested that in lieu of gifts and flowers, a scholarship fund in the name of Ana Grace Marquez-Greene be established at Western Connecticut State University's Department of Music. Jimmy's wish is that Ana Grace's love for music live on through helping others. This gesture of love and compassion from the Greene family in their time of greatest need comes as no surprise to anyone who knows them. If you would like to contribute to the Ana Grace Marquez-Green Music Scholarship Fund at Western Connecticut State University, please click the link below. Thank you all, and please keep the Greene family and all of the families of the victims of this tragedy in your hearts."

Posted by ArtNews at 1:05 PM No comments:

Hey everyone--
With a heavy heart I took up my pen and made this homage illustration. PLEASE feel free to share it anywhere you'd like--facebook, twitter, instagram, etc (news people on this list--use free of charge). It lists the names and ages of all those who died a town over from where I lived in CT.

My best to all.

Jamison
Posted by ArtNews at 8:33 AM No comments: 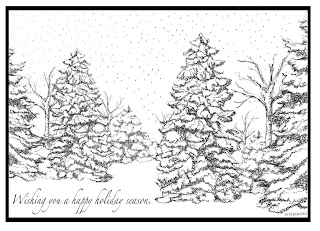 Jennifer writes, "This year's Christmas card. Happy Holidays everyone!"
Posted by ArtNews at 11:38 AM No comments:

Jeanine writes, "Thank you Cindy of EarthMotherMosaics for the beautiful write up and feature this morning. ♥

Call for Artists - The Mercurial Gallery

Calling all Couples! The Mercurial Gallery Seeks Artists in Love By The Mercurial Gallery
The Mercurial Gallery in downtown Danbury, Connecticut is in the process of forming its 2013 couples exhibition. We are seeking artist couples to celebrate Valentine’s Day in a truly romantic and creative way – having a show together! Don’t let the thought of a Valentine’s show scare you away; this will not be your typical tacky “love” show. We are not requiring that artists work collaboratively, but would prefer for the couples to work both independently and collaboratively. No medium restrictions.

Please send your artist statements and images to: info@themercurialgallery.com

Featuring works by the Arts Network of Danbury and local artists


The Arts Network of Danbury (AND), a think tank of Danbury area artists, arts and culture businesses, and institutions, will be opening a pop up gallery in downtown Danbury from December 29, 2012 through January 27, 2013. 'Galeria Súbita', which means "Sudden Gallery" in Portuguese, will feature photography, painting, mixed media, and sculpture by AND members and local artists. An opening reception in conjunction with Danbury's citywide celebration of First Night on Monday, December 31, 2012 from 4 to 8pm will feature Afrikan drumming by A Common Ground Community Arts Center. 'Galeria Súbita', located at 262 Main Street, will be open to the public on Saturdays and Sundays from 12-5pm from December 29, 2012 to January 27, 2013.

Parking is available around the corner from the gallery in the Charles A. Bardo Parking Garage on Library Place. Main Street parking is free on Sunday.

Although not an art opportunity


The Cultural Alliance of Western Connecticut invites area artists to submit entries for the 2013 Accessible Art Project. The collaboration between the Cultural Alliance, participating venues, and selected artists is designed to increase opportunity for art in public spaces. It is also an opportunity to increase awareness with local businesses. Entries will be juried and selected for 2013 exhibitions at five locations: the Danbury City Hall Exhibit, CityCenter Danbury, Danbury Museum & Historical Society for a special exhibit to run Jan - March, ESCAPE to the Arts, and The Upstairs Gallery at Molten Java which will host several exhibits during the year. Electronic submissions will only be accepted. The deadline for entries is January 4th.

The Accessible Art Project has a simple goal: to offer visitors and residents a range of quality artwork, in a variety of casual, if not unusual, and friendly places. The Accessible Art Project welcome first-time art buyers and avid collectors to a juried selection of emerging and established artists with a variety of media, styles and subjects at a range of prices. The different venues help to eliminate barriers between the artist and the buyer, making art buying more accessible.

“The Accessible Art Project offered more than 25 exhibits in 2012 and approximately 700 people attended opening receptions,” says Lisa Scails, Executive Director of the Cultural Alliance. “The exhibits help to foster interaction and to build a community of artists and visitors, which strengthens community and the economy.”

All artwork is available for sale and exhibits rotate approximately every six (6) weeks throughout the year. Exhibit hours for the participating venues will be announced.

For a full prospectus and to submit entries visit www.artswesternct.org. Questions about the prospectus call 203-798-0760 or email info@cawct.org.
Posted by ArtNews at 10:14 AM No comments:

THE NEWTOWNER is an arts and literary magazine that celebrates creative community and the life-affirming power of the arts.

The Newtowner is run by a highly talented, all-volunteer staff with exceptional background and experience in literature and the arts.

Please visit the About Us page on The Newtowner magazine website to read the bios of our exceptionally talented and experienced staff.

Nominated for the Drama Desk Award for Best Music, Adrift in Macao is a hilarious musical parody of classic film noir movies. Everyone who comes to Macao, China in 1952 is waiting for something, and though none of them knows exactly what that is, they hang around to find out. The characters include your film noir standards, like Laureena, the curvaceous blonde, who luckily bumps into Rick Shaw, the cynical surf-and-turf casino owner her first night in town. Then along comes Mitch, the American who has just been framed for murder by the mysterious villain “McGuffin.” With songs and quips, puns and farcical shenanigans, this musical parody is bound to please audiences of all ages.

All actors must be confident singers. Although there are no real dance roles and no intense choreography in the show, it would be helpful for the actors to have a dance sense when it comes to approaching the physicality and musicality of the characters. Most important is a good sense of comic parody.

Come prepared with 16 bars of an appropriate musical theatre song or a popular song from the 1940s or 1950s that fits the comic ilk of a film noir parody. Bottom line: choose something that best shows your vocal range and dexterity.

Readings will be available at the auditions.
Cast Descriptions
Lureena - (alto) a nightclub singer who arrives in Macao with nothing, hoping to find a job and forget her thieving ex-boyfriend; Attractive, perhaps a bit jaded, unlucky in love. She is our leading lady. She’s “a good egg”… she’s been through a lot, a tad cynical but still a romantic at heart. Perhaps a mixture of Ava Gardner, Rita Hayworth and Jane Russell.
Mitch - (tenor) a private eye searching for Mr. McGuffin, an elusive character who framed him for murder; masculine and rugged and existentially tired. A bit brooding, he is running from something… or to something? He is the film noir hero who doesn’t speak easily and keeps his secrets well hidden. A Robert Mitchum type.
Rick - (bari-tenor) the shady nightclub owner; sleazy and dabbles in some illegal stuff. The second male lead. Classic film noir character who knows how to use a fedora, a cigarette and shadowy lighting.
Tempura - (bari-tenor) an Asian man (or is he really?) who works for Rick . Very TEAHOUSE OF THE AUGUST MOON sort of subservient character… but maybe he’s really the smartest person in the show…?
Corinna - (mezzo) the current singer at Rick's who loves to be the star of the show and doesn't like to be ignored; the second banana role. Jealous and seductive.
Trench Coat Chorus - one man (baritone) and one woman (mezzo) who play many roles in the show such as bartender and cigarette girl, mysterious man and mysterious woman, crazy man and crazy woman, deranged man and deranged woman, ambiguous man and ambiguous woman... the list goes on and on. These roles require actors capable of jumping from one stock character to another in a flash. Proteans who do the work of dozens.
Posted by ArtNews at 9:45 AM No comments:

Michael writes, "Coming tomorrow: my new 2012 Solstice Holiday painting. [This is just a sneak peek] Check my website for the complete picture, as well as a sequential set of images of the painting in progress!"

Posted by ArtNews at 5:42 AM No comments:

Tomorrow is the last day to submit!
-$15 submission fee per artist
-Limit 3 pieces per artist
-Max size 13"x13" including frame (or 13" in all directions for 3-dimensional works)

This event is free and open to the public
Posted by ArtNews at 1:38 PM No comments:

Phyllis writes, "I was just juried in as a new member of this wonderful group, Women Painters of the Southeast."

Posted by ArtNews at 7:45 AM No comments:

FYI, I have a piece at the Mark Twain Library Dec 1-9th in Redding,CT."

Posted by ArtNews at 6:46 AM No comments:

Join your colleagues and associates from around the state to learn why
Connecticut Arts & Cultural Organizations
Mean Business
Mean Jobs
Mean Cultural Tourism
X
The Connecticut Office of the Arts, the Connecticut Arts Alliance and the Palace Theater in Waterbury, will release the state’s Arts and Economic Prosperity report detailing the contributions of the nonprofit arts and cultural industry and their audience’s impact on Connecticut’s economy.
This, the 4th study of the nonprofit arts and culture industry’s economic impact conducted by the Americans for the Arts, is the most comprehensive study of its kind ever conducted, and includes customized findings on 182 study regions representing all 50 states and the District of Columbia.
Randy Cohen, Vice President of Research and Policy at Americans for the Arts, will present the results of the statewide report. Cohen is among the most noted experts in the field of arts funding, research, policy, and using the arts to address community development issues.
Electronic copies of the report will be made available after the presentation.
Friday, Dec. 7
10 - 11 am
Waterbury Palace Theater
100 East Main Street
Waterbury, CT
Please RSVP by e-mailing: viltrakis@palacetheaterct.org
Click here for directions.
Posted by ArtNews at 6:40 AM No comments: