Ival Stratfor Kovner, MFA '02 stopped by the exhibition by Moira Stott '04 at Washington Art Association. Ival said, "Mounira was showing her wonderfully spatial NYC paintings! We had not seen each other since a long ago Blue Mountain Gallery gathering for Westconn." Ival added, "Her aerial view of mist-shrouded Moscow was my favorite."

I received notification that I was accepted for the fall cohort of WCL and would receive $400 towards my application fee. 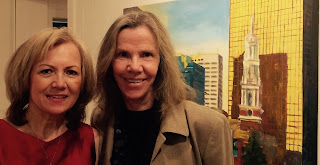 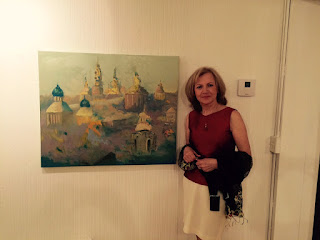 Posted by ArtNews at 9:26 AM No comments:

a special gift for that special someone


Purchase any framed photograph priced at $200 or more and receive a FREE 5x7 matted photo of your choice.

For questions or to purchase a photo, contact tara@tomaselliphoto.com
Posted by ArtNews at 8:37 AM No comments:

Call to Artists - Art and Frame

Call to Artists for "Animals."
Drop off dates: June 6th - 9th
All work must be animal themed.
Maximum size in all directions is 25".
$20 for up to [3] pieces.
All mediums will be considered.


If you are interested in exhibiting a piece for donation please contact KatieM.Bassett@gmail.comArt & Frame is proud to host our first benefit show for DAWS of Danbury. Some of our generous sponsors include Tick Key, Protopac Printing, local animal treat artisans & artists donating their work for 100% donation to DAWS. Art & Frame will also be a drop off location for DAWS Wish List items during store hours until July 25th. Please find their wish list at this link. www.daws.org/wish-list They are in most need of Puppy and Kitten Food.

Posted by ArtNews at 1:33 PM No comments:

This summer will be the last opportunity for interns to train with experts in studio production.
One of last year's interns assisted our coverage of the Tony Awards! Interns not only receive excellent professional TV production training but the possibility of completing a project that will be broadcast!
We are looking for interns with training preferably in the following areas:
1) Directing
2) Camera Operation
3) Filming
4) Editing - Final Cut or Adobe
5 Creating Promotional Segments
Please have them send their bio and one of their clips, if available, ASAP before May 22, 2015 @ insideny@aol.com. Accepted applicants will be notified by May 26 so they can attend the May 28th orientation.
Below is background information on the show. Kindly confirm receipt. Thanks, so much for your assistance!
Joan H. Allen
Executive Producer/Host
INSIDE NEW YORK
This is a very unique opportunity to intern on a television program, INSIDE NEW YORK, the the first and longest running TV program to feature a regular series on African Americans in the Arts and Entertainment, on MNN. As Ossie Davis and Ruby Dee state, "where you can catch the best in theater, music, film, and all of the arts!"
Whether it's backstage at the Tonys, Broadway, Off-Broadway, film premieres, gala museum and art openings, or the hottest fashion shows, jazz & R&B concerts, and dance performances - when there's a "happening" in town, INSIDE NEW YORK is there!
Because the program has been a trailblazer in Arts & Entertainment broadcasting for over 20 years on MNN, we've been offered a very rare opportunity to train students with hards-on TV production training and certification. However, INSIDE NEW YORK as are all others, are independent programs. MNN does not offer internships.
Posted by ArtNews at 7:06 AM No comments:

In this new addition to the Artist's Library series, talented master artist, Alain Picard, guides the reader through an exploration of this unique medium and its myriad uses. After an introduction to tools and materials, readers will learn how to use various pastel techniques, including hatching, crosshatching, and stippling, to create depth and dimension in their artwork. Readers will also find basic information on color theory and how to use color to elicit emotion, portray mood or time of day, and suggest depth and distance. Throughout the course of the book, aspiring pastel artists will learn how to use soft and hard pastels to achieve art that is bold and intense or delicate and soft. Easy step-by-step lessons cover a variety of subject matter, including landscapes, portraits, and still lifes. Artist tips and tricks demonstrate how to blend and layer colors and create reflection, shadow, and soft and hard edges. With its breadth of professional instruction and variety of subjects to paint, Mastering Pastel is the perfect resource to start building artist proficiency in this enthralling and versatile medium.
Posted by ArtNews at 11:38 AM No comments:

Mounira Stott and Kevin Dunn are joined by Peter Kirkiles for an exhibit, Singular Perspective, opening May 16 with a reception from 2 - 4 pm at Washington Art Association, 4 Bryan Plaza, Washington Depot washingtonartassociation.org. The show is on display until June 13, gallery hours Tues. - Sat, 10 am - 5 pm.
Posted by ArtNews at 11:24 AM No comments:

Pamela writes, "So this was painting was chosen for the National Art Competition at First Street Gallery yea!" 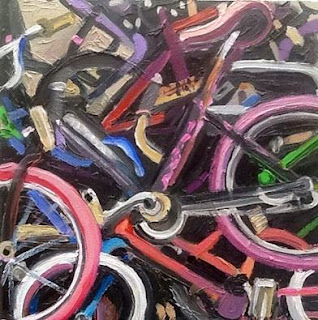 Posted by ArtNews at 2:19 PM No comments:

Posted by ArtNews at 6:17 AM No comments: